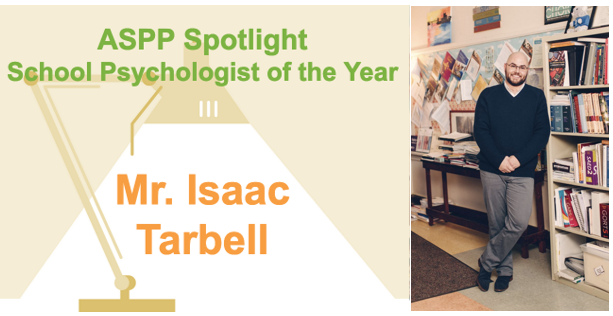 Mr. Tarbell is the Supervisor of Psychological Services for Pittsburgh Public Schools. During his tenure at the district, Mr. Tarbell has advocated for an expanded and more comprehensive role for the district’s school psychologists. His efforts to reduce the school psychologist-to-student ratio resulted in an increase in the number of school psychologists within the district from 14 to 21. Mr. Tarbell has also advocated for equitable practices and a greater emphasis on prevention and intervention efforts to support the needs of students. For example, after examining behavior data across the school district, Mr. Tarbell restructured the emotional support programs to incorporate the implementation of research-based social, emotional, and behavioral interventions. Mr. Tarbell has also been a champion of mental health interventions. He facilitated Youth Mental Health First Aid training for over 500 educators, and he coordinated BrainSTEPS training for 15 staff members to enhance services provided to students returning to school following acquired brain injuries.

Check out an interview with Mr. Tarbell on ASPP’s YouTube channel!